I was first molested by my uncle, whom I adored, when I was 12 yrs old. As it turns out, he had groomed me for those 12 years, making me feel as though I was the most special person in the world. He made me the apple of his eye, and I became ripe for his picking. 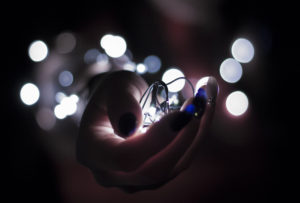 Obedient was a good word to describe me as a child, and I somewhere derived the false assumption that all adults were mature and wise, were to be respected and were the role models after whom we could pattern ourselves to navigate our own lives.

I admired my uncle’s intelligence and the fact that he was so assertive, a get-things-done guy, the life of every party or family get-together, unlike my folks, who were more quiet and passive and taught us never to make waves.

Among our extended family, we placed importance on appearances, not in a materialistic way but in making sure that we kept family matters private and portrayed a particular image, even if it meant withholding information or tweaking it ever so slightly in order to paint us in the best light.

By the time I went to the beach with my uncle and his family that fateful summer, I was perfectly groomed. He announced one night that he had to go mail a letter and asked me to go with him. I jumped at any chance to have his full attention … and that trip to the post office changed my life forever.

Child sexual abuse not only robs us of our innocence, but also of our self-esteem and of the person we were on a path to become. It physiologically changes our brains. It arrests our emotional development. It causes us to live in a heightened state of anxiety and depression. We bury our feelings because they are just too painful to confront. On the outside, we portray that all is well, while on the inside, we’re like a shattered vase, where every move causes excruciating pain from an errant shard of glass. It’s no wonder why we tend to split off from our true emotions and/or develop self-destructive coping mechanisms.

My acting-out started at 16, with anorexia, which without treatment eventually turned into a serious bingeing disorder. I also became sexually promiscuous in early adulthood, either unknowingly trying to recreate the magical part of the relationship with my uncle and effect a different ending to the story, or else to use sex as an expression of anger and control. I felt insane, and probably was. At the very least, I was clinically depressed. I believed that the very core of me was evil and that the world would be better off without me.

Had there been a Brave Step when I turned 18, I feel strongly that my journey, though plenty painful, would have been far less arduous, and that I could have emerged on the other, healthier side decades ago. Brave Step brings together a diverse group of people from all walks of life, allowing us to connect from the innermost, hidden recesses of our beings. What makes us kindred souls is the depth of our woundedness. Each of our journeys is different, but the trauma that bonds us is strong and deep, and we all have built walls consisting of countless layers.

Without a safe place like Brave Step, the road is much more grueling. I liken this isolated journey to losing a treasured loved one to death, for in abuse, a part of us does die; rather than being surrounded by family and friends who offer comfort, support and sympathy, however, we grieve the death of our innocence alone, in a secret world of shame.

When we walk into a Brave Step support group, there is instant connection, for no one can truly understand what we’ve endured except someone who has been there. There are no expectations at Brave Step. There is no judging. There is praise, validation and respect, because whoever walks through the door for the first time has already shown great courage in reaching out; hence, the name Brave Step and the support groups aptly named Courageous Corner.

We can share as much or as little as we wish and know that we do so in confidence. We can feel safe and protected, so that even if just for an hour or two a month, whether in person or in our private, on-line sharing community, we might be able to start peeling back layers. We can allow ourselves to be emotionally vulnerable once again, but this time without fear of betrayal. It is only then that we can begin to heal. We laugh a lot in our support groups too, like the time more than one of us admitted to watching lots of Dr. Phil or Jerry Springer because it made us feel better to see people who were more messed up than we were!

I came to Brave Step in hopes that my experience could help others who are at earlier points in their journeys, and as I told Crystal, it felt like coming home. In my short tenure at Brave Step, I have met so many amazing people whom I truly admire. Each person’s willingness to share touches me deeply and helps me further my own healing. I can only hope to contribute even a fraction of what I am receiving in return.  I also hope to use my role at Brave Step for public education, so that one day, we can put an end to the horrors of child sexual abuse.

Today, I consider myself the luckiest person in the world. I DID find the right therapist, and I DID find anti-depressants to be life-saving, and I DID finally allow myself to find a support system and feel worthy of God’s love … and my knight in shining armor, my husband, found me. He believed in me when I didn’t. He stood by me when I was my most self-destructive. I betrayed him and didn’t deserve his love, but he somehow understood that my behavior was a manifestation of my pain, and he saw the real me that he knew was inside, waiting to be fully integrated. Thanks to him, I now know what it is like to be deeply cherished and respected merely for who I am.

Childhood trauma is not something any of us would ever willingly choose. As strange as this may sound, I can tell you that my journey has made me a better person, someone who is more understanding, more compassionate and more determined. I feel confident that each of you traveling your own arduous road will ultimately prevail. Unfortunately, you can’t go over, or under, or around the pain to get to the other side. You have to go through it, but in reaching out from your isolation and connecting with us, you are no longer alone. You will someday emerge to know renewed emotional health and a sense of well-being, and until then, we at Brave Step will be by your side.

Thank you to our friends at @wbtv_news @qclife for

Join us for our next training session on February

Did you know we have t-shirts? Learn more and orde

As we reflect on Martin Luther King Jr.'s legacy t

Boundaries are important. There is nothing wrong w

Join us tomorrow for this virtual workshop. Learn

Brave Step is grateful for your interest in supporting this work and welcome gifts of any size. A dollar goes a long way in strengthening men and women impacted by sexual abuse.

Volunteers are essential to our success. Whether you have 30 minutes or three hours to contribute, we can utilize your passion and skills.